You are here: Home / HR / Where to Draw the Line When Running Background Checks on Social Justice Advocates

Following the killing of George Floyd on May 25, protests against racism and police brutality erupted across the United States and around the world. The protests, which spanned more than 2,000 cities and towns in the U.S. and over 60 other countries, reignited the conversation around the Black Lives Matter (BLM) movement and helped push police reform. In some cases, the protests also turned violent, evolving into dangerous and damaging riots.

According to Forbes, at least 19 people died during the protests. Also, based on insurance industry data reported by Axios, the protests have collectively become the costliest instance of “civil disorder” in American history, with insured losses from vandalism, arson, looting, and other property damage totaling between $1 billion and $2 billion. The protests have also created a unique moral dilemma for employers as they consider criminal background checks in their hiring decisions.

There is no doubt that the civil unrest surrounding this year’s BLM protests will lead to criminal convictions. According to Insider, more than 13,600 protesters have been arrested in the United States since Floyd’s death, while 300 have been charged with federal crimes. Some protesters, including a pair of Brooklyn lawyers who allegedly firebombed an NYPD police car, are facing life in prison for their actions.

In the months and years to come, employers will interview candidates who have criminal histories related to this year’s protests. That fact forces a crucial question: where should employers draw the line in disqualifying candidates for misdemeanors and felonies related to public protest and activism? Should employers be more willing to give a candidate the benefit of the doubt with a conviction for protest-related vandalism and property damage? 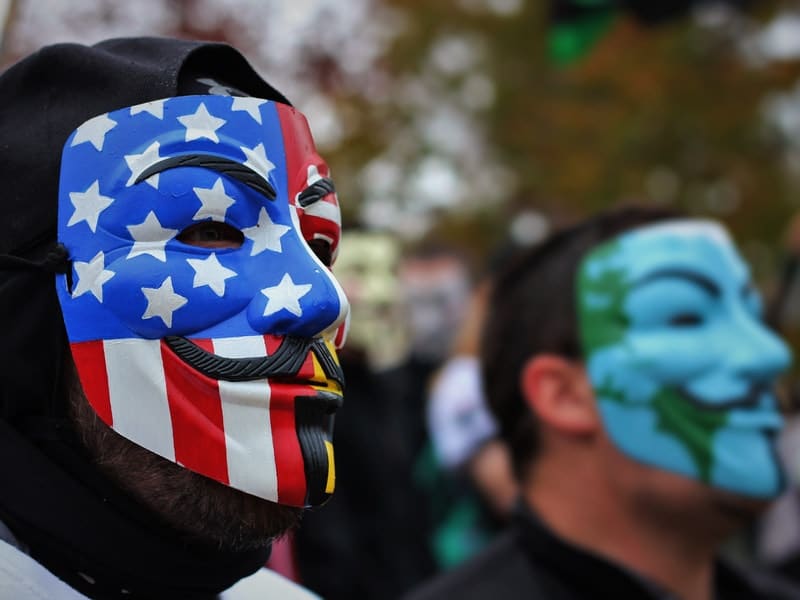 Employers that conduct criminal background checks have a priority to protect themselves, their employees, their customers, and the public from potentially threatening individuals. Convictions for crimes, such as vandalism, destruction of property, arson, burglary, assault, reckless endangerment, or terrorism, would be considered “red flags” for many jobs. The fact that these crimes have been on the list of charges levied at BLM protesters doesn’t change the calculations that hiring managers make as they consider background check findings during a pre-employment screening.

A hiring manager thinks about what they need to do to ensure a safe, reliable hire—one that won’t create violence in the workplace, lead to a negligent hiring lawsuit, or cause other problems. Crimes such as these, whether they were committed during a riot or in a different context, are likely to cause hiring managers to pause as they determine whether to move forward with a job offer.

It is critical for employers to acknowledge that background checks do not show context. A criminal history search returns details about a conviction, not the circumstances that surrounded the crime. As such, employers that look only at the background check will risk eliding some of the important nuances that are unique to convictions for public protesting.

First, consider that “the right of the people to assemble and to petition the Government for a redress of grievances” is a liberty protected by the First Amendment of the United States Constitution. Earlier this year, the Armed Conflict Location and Event Data Project assessed nearly 8,000 racial justice protests that occurred in the U.S. between late May and late August; 93% were deemed peaceful and nondestructive. If this assessment is accurate, then these protests are protected under the First Amendment and should not have led to any arrests or convictions.

One challenge for employers is navigating the prospect of wrongful arrests or criminal charges. While public unrest has ripped through the country before, it has never been aimed directly at the police. During protests, police are typically expected to be on the scene to observe the demonstrations and make sure that they don’t get out of hand. The intent of this year’s BLM protests—to protest against racial injustice and brutality committed by officers of the law—created a more adversarial relationship between protesters and police, which, in turn, lead to several documented cases of abuse of power by law enforcement.

This article from Voice of America (VOA) highlights some of those abuses, specifically against members of the media. In hundreds of cases, police have attacked or detained journalists covering the BLM protests—another violation of First Amendment rights. VOA cites the U.S. Press Freedom Tracker, which has verified more than 800 incidents between law enforcement and the press throughout the protests, including more than 100 arrests.

What does all this information mean for employers right now? If there is one takeaway, it’s that hiring managers should understand the importance of context to criminal history searches and background check findings.

Even though this year’s BLM protests did occasionally turn violent as some of the people arrested and charged did commit serious crimes, most were not radical activists. Many protesters were people exercising their First Amendment rights to rally against a perceived abuse of power. There is evidence to suggest that many non-violent protesters were arrested and charged as well. While it is possible that these charges won’t lead to convictions and won’t show up on most employment background checks, there are states where employers are allowed to consider arrest history records.

The 2020 BLM protests underline why it is vital for employers to allow candidates to explain what appears on their criminal background check. Especially regarding social justice activism, it is vital for hiring managers to know the full story before making a hiring decision.

Should a journalist be disqualified from future job consideration because she was arrested, charged, and convicted for “disturbing the peace” while trying to report on a fraught historical moment, even though she is qualified and have an impressive CV? The answer is right there in the Bill of Rights.

This site uses Akismet to reduce spam. Learn how your comment data is processed.